Brookside Park is one of Indianapolis’ oldest parks. It began taking shape in 1863 when the United States government built an arsenal on 75 acres just east of the city. (After the arsenal was no longer needed it was transformed into Arsenal Tech High School in 1912.) The sudden increase in workers at the arsenal and the expansion of Indianapolis’ streetcar system caused a population boom on the Near Eastside. In 1870 the city purchased several hundred acres from the Calvin Fletcher family. One hundred and eight acres were dedicated as Brookside Park in 1898.

It was also in 1898 that real estate investor Michael Spades donated six acres of land to Indianapolis bordering Pogue’s Run. Before Michael Spades donated the park, the residents of the near eastside called the thin strip of land Shoestring Park. Michael Spades also paid for the erection of a stone bandstand (no longer standing). For 10 years the two parks coexisted near each other. Then in the early 1900s a young planner named George Edward Kessler drafted a plan for what would become the Kessler Park and Boulevard System to create parkways buffered by green spaces that paralleled the city’s waterways and led to small and regional parks. It was part of the ‘City Beautiful’ movement to beautify and enhance quality of life for city dwellers. George Kessler, a renowned city planner in his own right, is noted because he studied under Frederick Law Olmsted who planned Central Park in New York City. Because of Kessler’s Plan, additional land was added to Spades to merge it with Brookside Park, expanding Spades Park’s original 6 acres to 31. 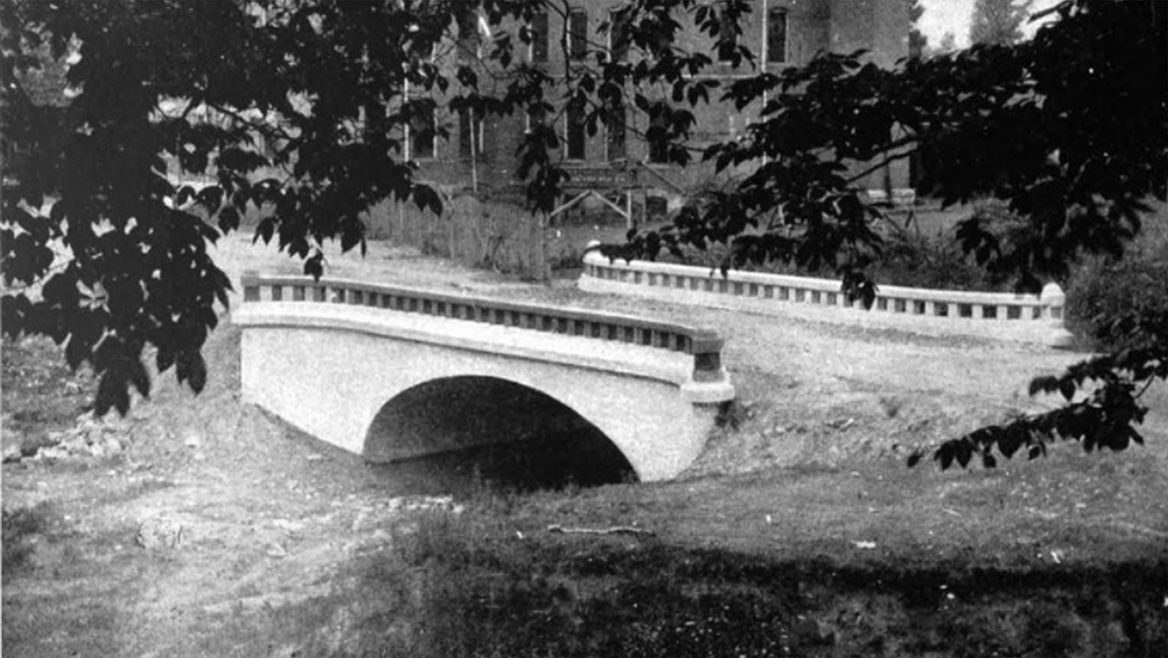 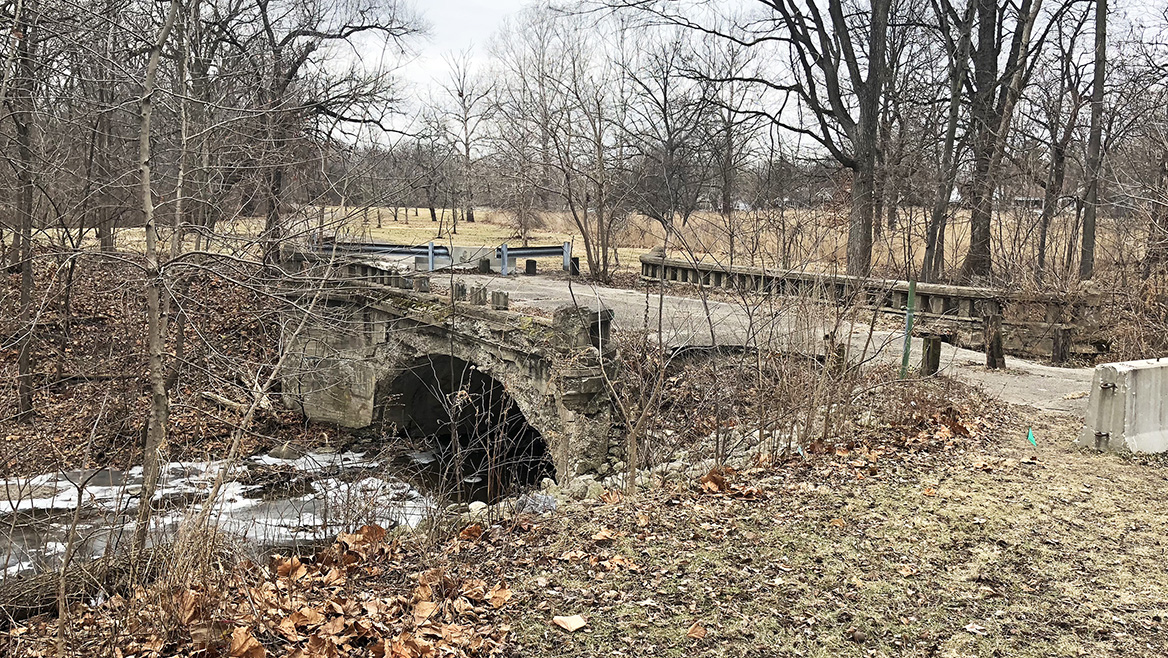 Inside the now massive city park several concrete bridges span over Pogue’s Run including one built in 1903 just west of Rural known as the Nowland Avenue Bridge.  It was designed and constructed by Daniel B. Luten, a bridge designer based in Indianapolis. Luten’s patented designs are recognized nationally for their inventive use of concrete to create beautiful arches that spanned even the most treacherous rivers and runs all across the United States. However the Nowland Avenue Bridge has deteriorated over the years and must be repaired. POP’s goal is to help raise the funds to repair this historic bridge, ultimately completing the Pogue’s Run Trail that was part of the original Greenways Plan the city developed in 1994.